Like many structures in New York City, 26 Wall Street, the location of Federal Hall, has played an important part in American history. 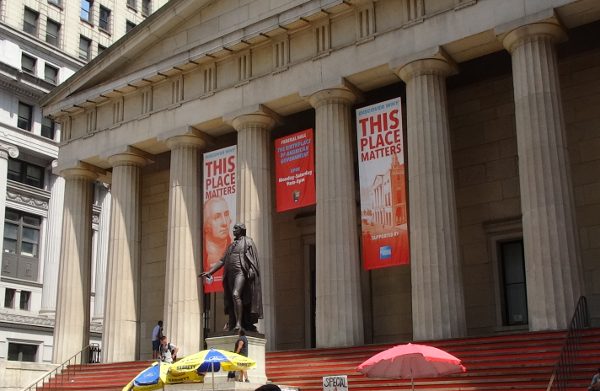 26 Wall Street started out as New York City's City Hall, established by the British as the seat of government in the area during colonial times. But after the Revolutionary War, the newly formed nation decided to make New York City its capital and the site became Federal Hall.

It was at the renovated and renamed Federal Hall that George Washington, the first President of the United States, was inaugurated. Later the site became the home of the Customs House for the Port of New York and later still the New York sub-Treasury storing 80% of the nations wealth.

You can feel the pulse of history reverberating through the grand hall and under the ornate ceiling of this gorgeous Greek Revival style building. It's a must see for anyone interested in the history of this great nation while visiting New York City.

26 Wall Street, New York, NY 10005 - At the corner of Wall and Broad Streets in the Financial District 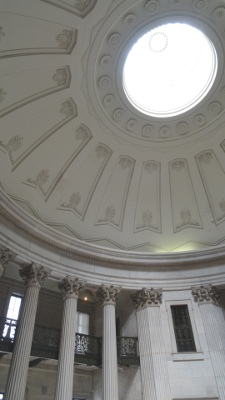