In 2014 an average of 5.6 million people rode the New York City Subway System per day with the busiest times being between the hours of 7 to 9 A.M. and from 4 to 6 P.M., so if you're planning to use the subway system to get around the city during your visit, you'll have a lot of company. 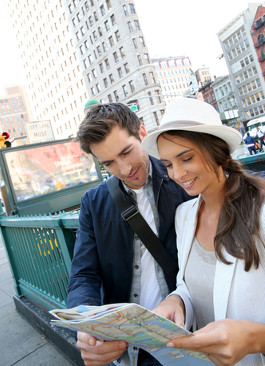 Here are a few tips on how to ride the subway system safely, whether its the middle of the day or after midnight:

Finding out how to get to where you need to go on the subway couldn't be easier. Take a look the article Riding the NYC Subway Made Easy which explains in detail how to navigate the New York City subway system. If you're still having trouble, ask the Concierge at your hotel or the Token Booth Clerk at the entrance to the subway station.

Hopefully these tips will help you feel confident that you can safely navigate the New York City Subway System like a native.